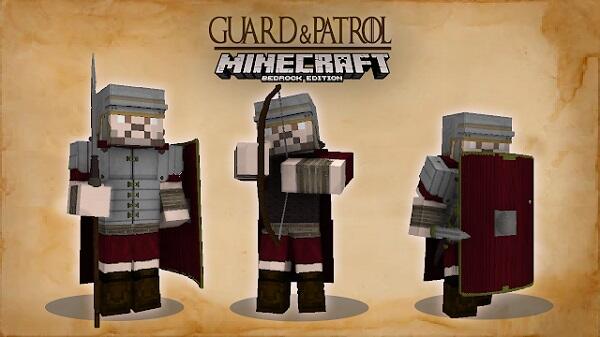 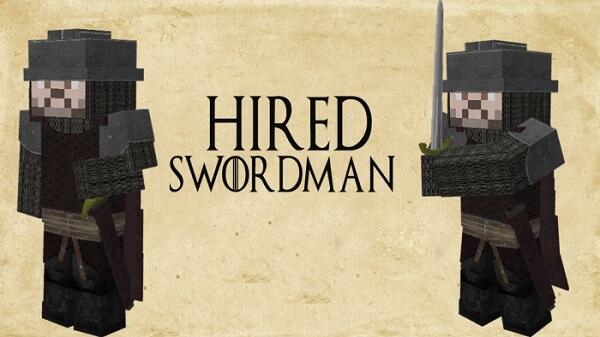 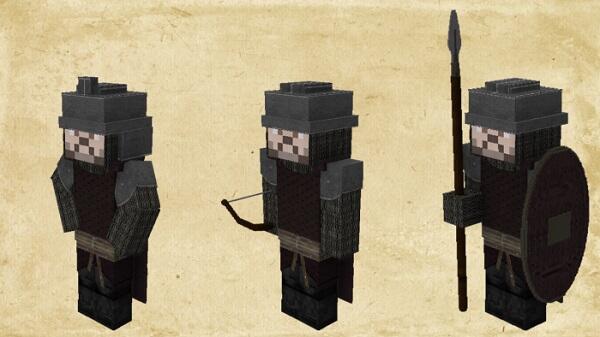 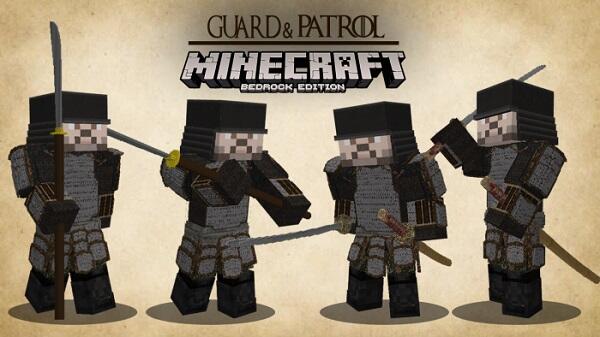 Looking to protect your territory? With Guard and Patrol: Medieval Bedrock you get a medieval-styled humanoid guard mob to protect you and your territory and eliminate every close-by threat. The samurai swordsman and spearman humanoids will scare away and finish all your enemies with their incredible combat skills.

Interacting with the mercenary will get you specific blocks that you will later use to place around your player base. Place these blocks at locations where you need guards to patrol. These blocks are the guard posts. The guards will start patrolling as soon you place blocks and will eliminate any threatening entity nearby.

After crafting the mercenary captain using the crafting table, you have to offer a diamond to the captain to honor his position. Once that is done, tap the captain again and begin selecting patrollers.

The Guard and Patrol: Medieval Texture Packs will enhance the graphics of your mercenary, making it look more detailed and ultimately making your Minecraft world appear more engaging and attractive. This addon lets you have command over your mercenary and their appeal as well. The developers have now corrected the dialogues of the captain as well to help the captain command better.

Guard and Patrol: Medieval Server is the best addon for safeguarding your play zone. The prehistoric appeal of the mercenary makes you feel like a ruler of a kingdom in primitive times that needs fortification. They attack and defend you so you can focus on other tasks without worrying about dying. The on-point texture and color scheme of the mercenary makes your gameplay much more exciting.

The Guard and Patrol: Medieval Pocket Edition is compatible will all the other addons and activated in experimental mode. So, worry not- Your wish is their command!